These words, belonging to Native American activist Tom B.K. Goldtooth, speak to what can sometimes be a great divide, a deep and wide valley to cross as we seek to balance and reconcile two essential elements of our being as humans.

On the surface it can be thought of as a matter of personality. It is well known, and well-established in temperament models like Myers-Briggs Type Indicator, that we each have a preferred way of making choices and judgments. Much in the same way as being left- or right-handed, some people make decisions with their head while others with their heart. The “thinker” types tend to step back and analyze things objectively, while the “feeler” types are more likely to assess things subjectively as a participant. The former are guided mainly by logic, the latter governed more so by sentiment.

It’s not a black-and-white, this-or-that, kind of thing. Like handedness, most of us instinctively reach with either our left or right, but sometimes the situation requires us to use our non-preferred hand—which is sometimes when we realize we are a bit (or a lot!) clumsy or inept outside of our preferred way of functioning. But nothing is static and most people would say that, with continued intentional use, they would become more competent using their non-preferred hand.

In personality dynamics, “thinkers” will make their choices and judgments initially with their head, then subsequently may consult their heart for secondary opinion. The “feelers” do it in the other direction. There may be significant time lag between consulting the head and heart, or it might seem all part of a continuous process, or the secondary consultation may not happen at all.

But I suspect that the journey Goldtooth speaks of goes much deeper than just differences in personality functioning. I sometimes imagine mind and heart as two different countries, each with their own unique language and customs, each with its own way of being and courtesies. For some people, mind and heart might be like countries that share a border—each distinct but nevertheless lots of daily flow from between them. For others, mind and heart may be two vastly different nations, far apart both geographically and culturally, with so little in common that a visitor would stand bewildered. Any for many of us, it lies somewhere in between and varies somewhat with the situation.

How do we get countries and cultures to know each other better, so those from far-away lands are more likely to be considered friends than enemies? The answers to that may also be keys to making a shorter journey between our heart and mind. 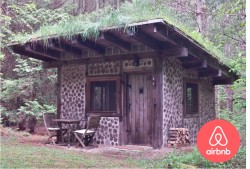